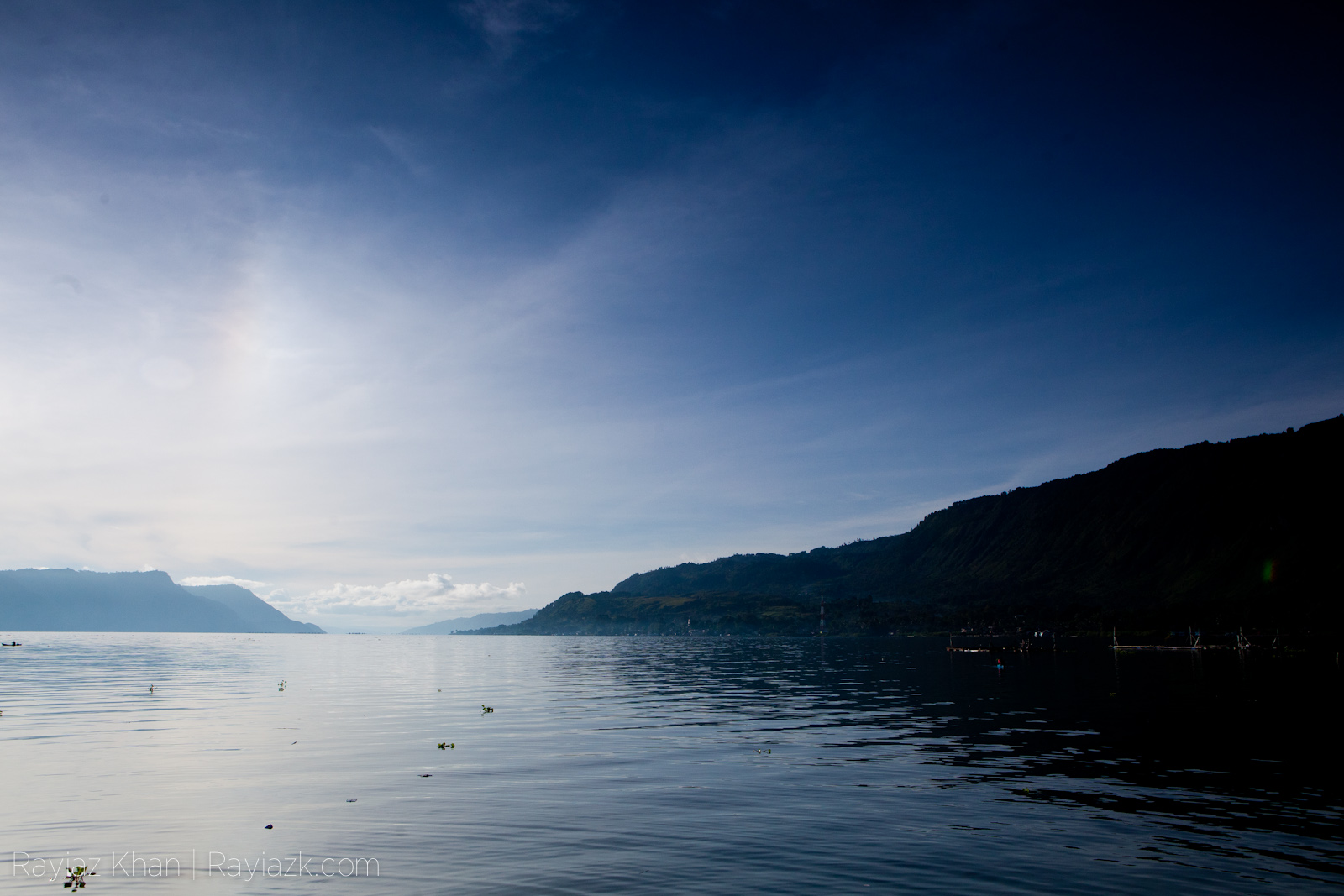 Lake Toba or Danau Toba in Bhasa Indonesian is perhaps one of the most beautiful places I’ve been in my life. Located in the center of Sumatra is the worlds largest volcanic lake and home to a super volcano. It’s four hours away from the nearest big city of Medan. A trip to Lake Toba usually means one must sit in a van for 4~5 hours depending on traffic, which the sitting in a van part isn’t too bad, it’s the experience while on the road.

The drivers drive like if they’re in an F1 race. Cars drafting perilously close behind one and another, overtaking in blind corners, a complete and total disregard for speed limits and at night being on the roads gets even worse. Returning from Toba to Medan, I opted for a night bus so I could get a few more hours of being in paradise. However the drive back was and may remain one of the scariest times in a car. Traffic was horrendous and the road is only a 2 lane road. There are people walking right on the roads with cars whizzing by at over 100 km/h, bikes with absolutely no lights, street food vendors moving their stalls from place to place and pollution everywhere. For some reason everyone other house we passed by had something burning in their yards. It filled the already polluted air with even more pollution and while for the most part the passengeres in the van weren’t exposed to the outside pollution, every now and then the driver would crave a smoke and so would roll down the windows in the van and fill the cabin with both his own smoke and the smoke from all of the things being burnt outside.

With the negatives of the journey aside, I want to talk about the actual area. While most of the trip may be polluted and akin to a roller coaster, once you near Lake Toba, everything changes. The traffic is still awful, but the scenery turns into something one would see in the lost world. Trees that I’ve never seen before line the highway and appears that this single road, cuts through nothing but untouched jungle. It’s as if one could walk a feet feet in and see dinosaurs or lost tribes. It’s an absolutely spectacular scene. After arriving at the docks, visitors have to take a ferry to Samosir island. The ferry takes about 30 mins to reach the island within Lake Toba and gives one just an impression of how massive the lake and island within the lake really is. At it’s deepest point, Lake Toba, is half a kilometers deep or about 1600 feet deep.

Lake Toba and the surrounding areas are just the perfect climate. Cool with no humidity. During the day the sun is quite bright, but it never feels hot and at night, theres times when I actually had to use a blanket or wear a hoodie to keep me warm. It wasn’t freezing cold, but chilly and very refreshing. The island is very peaceful with not too many people living on it and those that do call it home are incredibly friendly. It started raining and a local man invited a fellow traveler and I into his home and offered us coffee to pass the time as it rained. Everyone would smile and wave as I passed by and would always try and strike up a conversation. It’s just amazing how warm and friendly the Batak people are. As the island is fairly out of the way, there weren’t very many tourist there. Where I was staying there was only a handful of people and so its a very cheap place to stay as hotels need people. A basic room can go for as little as $0.30 usd.

The views surrounding the island are well best left to the photos: