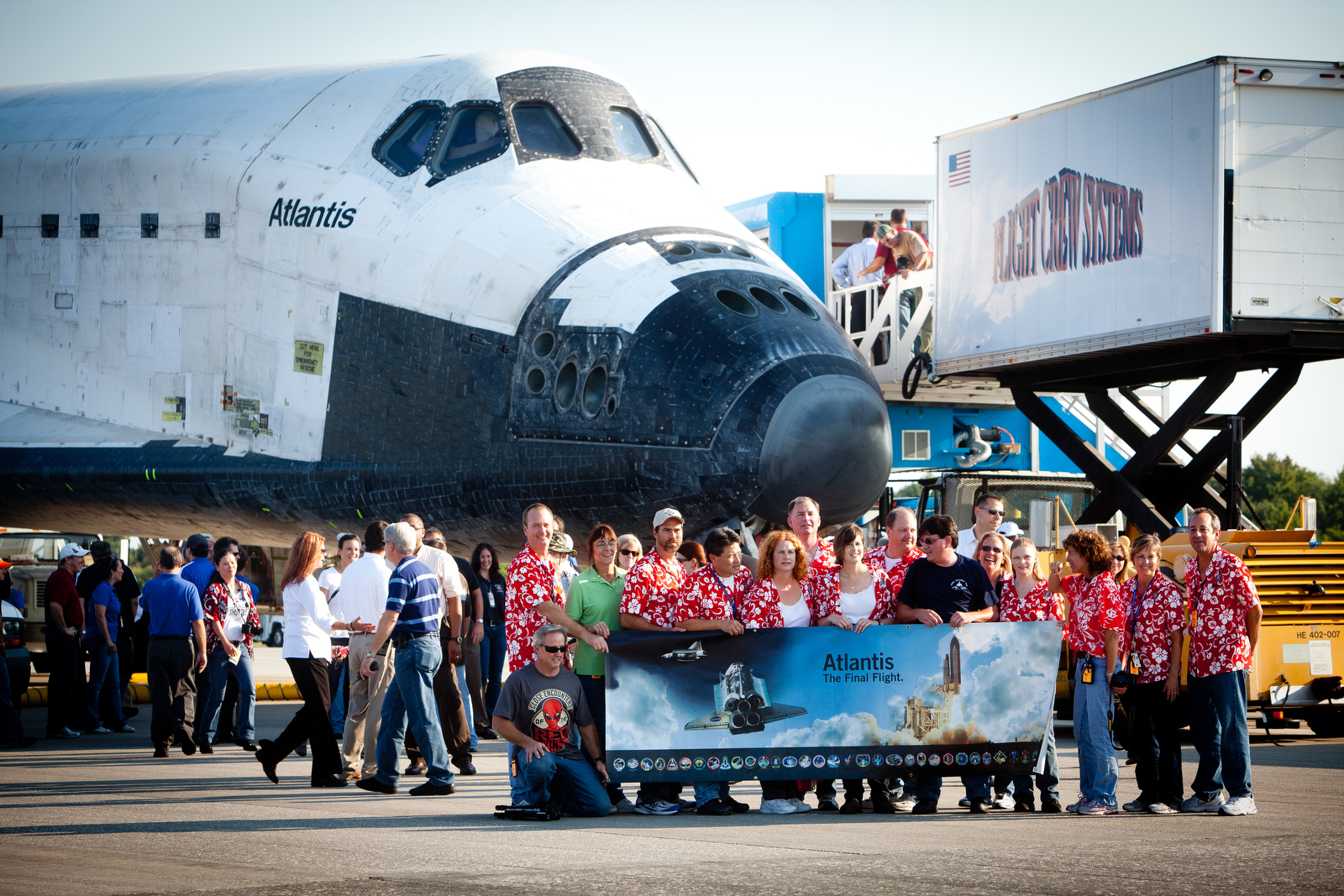 As the wheels of space shuttle atlantis came to a stop on the runway at Kennedy Space Center, over 30 years of manned space exploration in perhaps the most bueatiful space vehicle comes to a halt. It was a highly emotional day for all, with many working on the space program loosing their jobs. Smiles and tears were visible everywhere. This vehicle and the program it came with carried the dreams and hopes of thousands upon thousands of people. Over the course of the two months that I’ve been privileged to shoot the final accent and landing of STS-135, I’ve heard countless stories of “I saw Apollo when I was young or one of the first space shuttle missions and this, working for NASA, has always been my dream” and now it’s all over.

This has got to be one of the most rewarding yet challenging shoot I’ve ever done, today especially. I started my day at 2am, the night before having visited Disney World with a friend. I arrived at the press site at 4am and worked until 3pm. Carrying with me about 30 pounds worth of equipement including 2 camera bodies, and multiple lenses including a Canon 300mm f2.8L IS and Canon 400mm f2.8L IS. The temperature reached a balmy 113 degrees after humidity was factored in and we were shooting outside in the heat the entire time. Even at 5am while waiting for the shuttle to land, people, my self included, were sweating since it was extremely humid. Nine minutes before landing we saw the glow of the International Space Station streak across the sky and then a few minutes later the extremely loud and thunderous sonic boom. It’s something that’s extremely impressive to hear and startles you ever if you know it’s coming. The landing was perhaps the most difficult thing I shot the entire time I was there with less than 10 seconds to make a shot with a vehicle going over a hundred miles an hour when it comes into frame and almost no light to work with. Following it, I and a small number of other photographers were escorted out to the shuttle, just an hour after it had landed. It was an unprecedented look at the shuttle, having never been done before and something that completely made my day. We then watched the shuttle get towed back to just before the Orbiter Processing Facility.

Where it stopped, a huge crowd of NASA employees, contractors, and invited guests got to say their final good byes to not only Atlantis but the entire Space Shuttle program. Bands played, speeches given and photos were taken to give the people who worked on the program a final send off. With this, I went to the press site for my final time to edit the photos. After uploading, I bid fare well to what has been an amazing time in my life and an absolutely amazing thing to photograph.