My editor asked me a few days before the event if I would be up to shoot a civil war reenactment. After checking my schedule since this was pretty much going to be an all day shoot that was way out of town, I decided to say yes. At first I was a bit apprehensive over it, not know what it would be like or what the crowds would be like, but once I arrived at Olustee, I knew it would be fun. I used primarily a 300mm F2.8L on a 1d Mark II and 70-200 f2.8 IS on 5d Mark II for pretty much the entire time. I wish I had brought out the 400 as the 300, while it was getting good frames, was still too short. The people at Olustee were incredibly friendly and easy to talk to and after going to this re-enactment, I can see why it’s such a big draw for both the spectators and the participants. 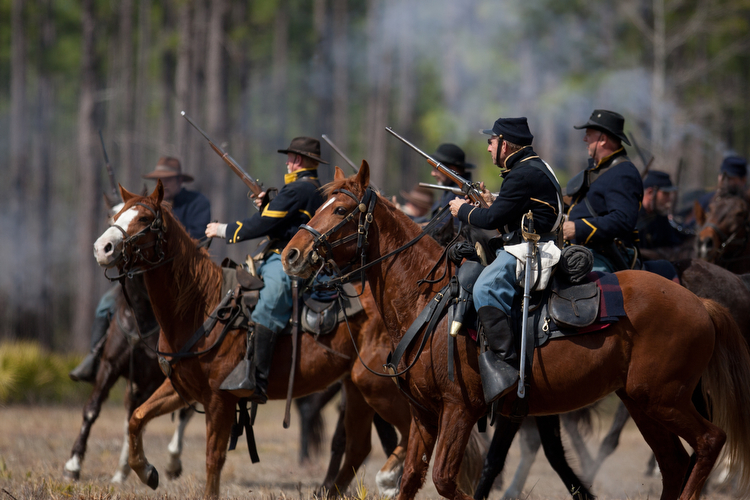